Here’s the first (hopefully) of a new series where we try and highlight a boat owner and get to know a little more about who they are and what they’re doing with their Martin 242.

Manfred Burandt of Pender Island Yacht Club bought Kermit back in March 2020. Kermit has some history, it is Hull # 01, the first production M242 built in 1981! Originally called Teesa, (Don Martin’s daughter’s name, according to Manfred), it was first raced by Don Martin for two years, and then sold to Gerry Luco of Victoria who owned the boat for 37 years and renamed the boat Kermit. The boat flying a spinnaker on the original M242 brochure is Kermit! 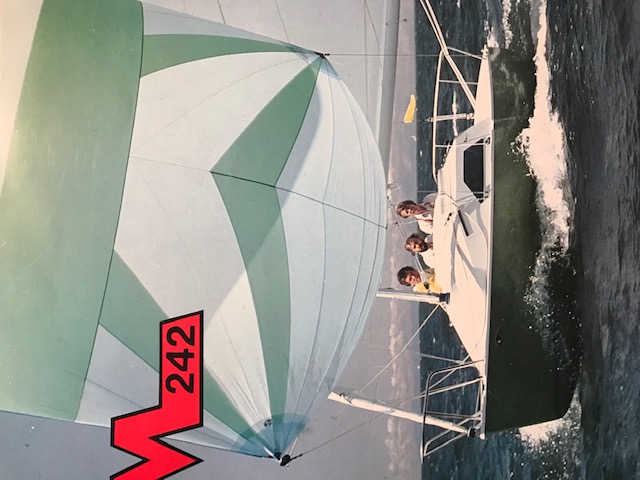 Manfred’s interest in the Martin242 class began in 1983 when he purchased hull #61 and raced in the Sidney area through the Canoe Bay Sailing Club and Sidney North Saanich YC, until he sold the boat in 1990. Martin 242s in those days were under PHRF and he really enjoyed racing among the bigger boats. 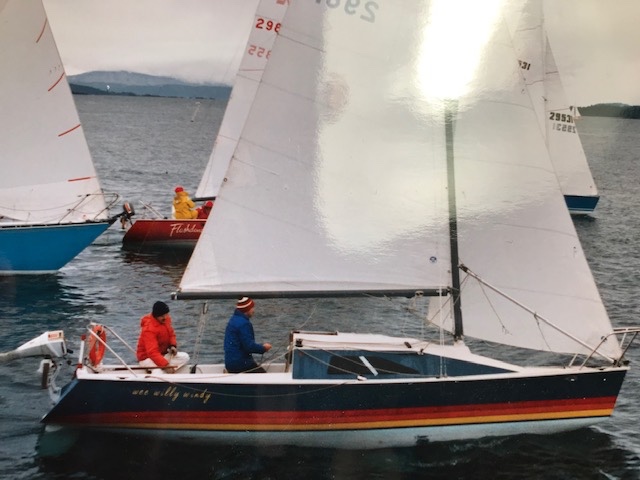 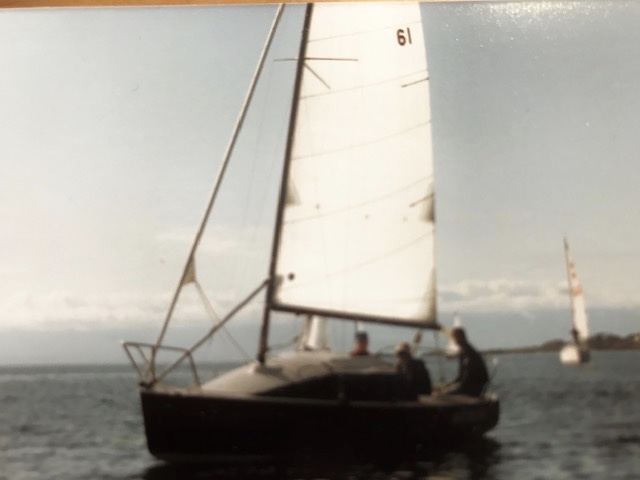 Manfred is in the process of doing some refurbishment to the boat. This spring he plans to haul out and epoxy the hull, which has never been done, fair the keel, and replace the rudder bearings that Ken Holland made up. He’s also planning to refurbish the deck and cockpit.

Although Manfred doesn’t plan on getting into “serious racing”, he has been doing some club racing out of the Pender Island Yacht Club. He reports:

“Boat for boat Kermit is faster than the other boats in the yacht club, and even with PHRF time correction given to other boats I managed to win the Spring and Fall series. Getting back into racing after a thirty-year absence, now in my seventies, and not sailing for that time, feels kind of like riding a bike - once you learn you never forget. It all came back very quickly. I appreciate Michael Clements’ considerable information on the M242 which helped to re-acquaint myself with the finer points of boat handling and maintenance.

Living on Pender Island and racing with the Pender Island Yacht Club, my home port is Thieves Bay Marina. There is a dedicated group of racers and a wide variety of boats that each have their strong points depending on wind, weather, and tide conditions. Racing in the area between Pender, Salt Spring, Prevost, Moresby, Portland, and Active Pass is sometimes fun with heavy tides and dodging several large and smaller ferries all in the same area at one time travelling to and from Swartz Bay. The ferry captains are very accommodating and usually maneuver around the fleet scattered all over.” 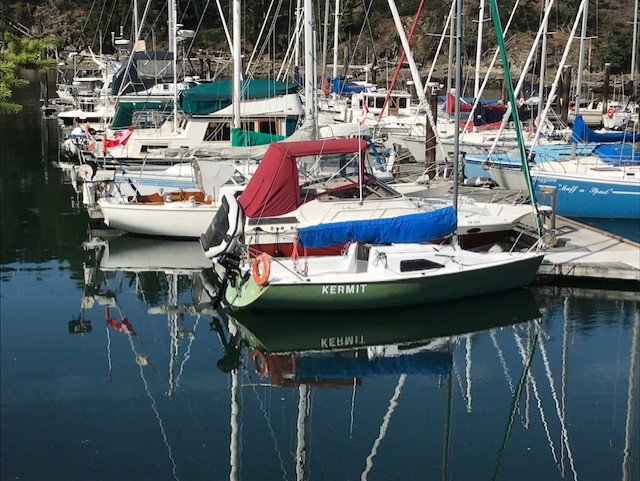 Kermit at the dock on Pender Island