Read more: Tweakers: How To and Why

We managed three races in an unexpectedly good easterly breeze on Sat July 18. Conditions were quite tricky, with big changes in wind strength and direction throughout the day, and a strange ebb tide swirling through the bay.


Although the conditions required good decision making, the long courses put a premium back on boat speed compared to the short Wednesday night courses we’re getting used to. In the end #13 Back in Black sailed by Phil and Reto made the best of the conditions with three straight bullets. Jeremy and Tara Smith made the trip over from the island, racing with rockstar crew Michael Clements on #215 Min of Mine. They had some great starts and led at several times to finish second. Rounding out the top three was Yury Levkovskiy’s boat #233 with guest helm Fraser McMillan also making the trip over from Victoria. With the wind dying rapidly after the third race the fleet made a good decision to head to the bar a bit early – a good call in the end with the wind dying almost completely by 3PM before switching to Westerly a few hours later.

Drew Mitchell from North Sails was out on the water and got some great shots of the action.

The Big Table is Back!
and
So Is Beer Night!! 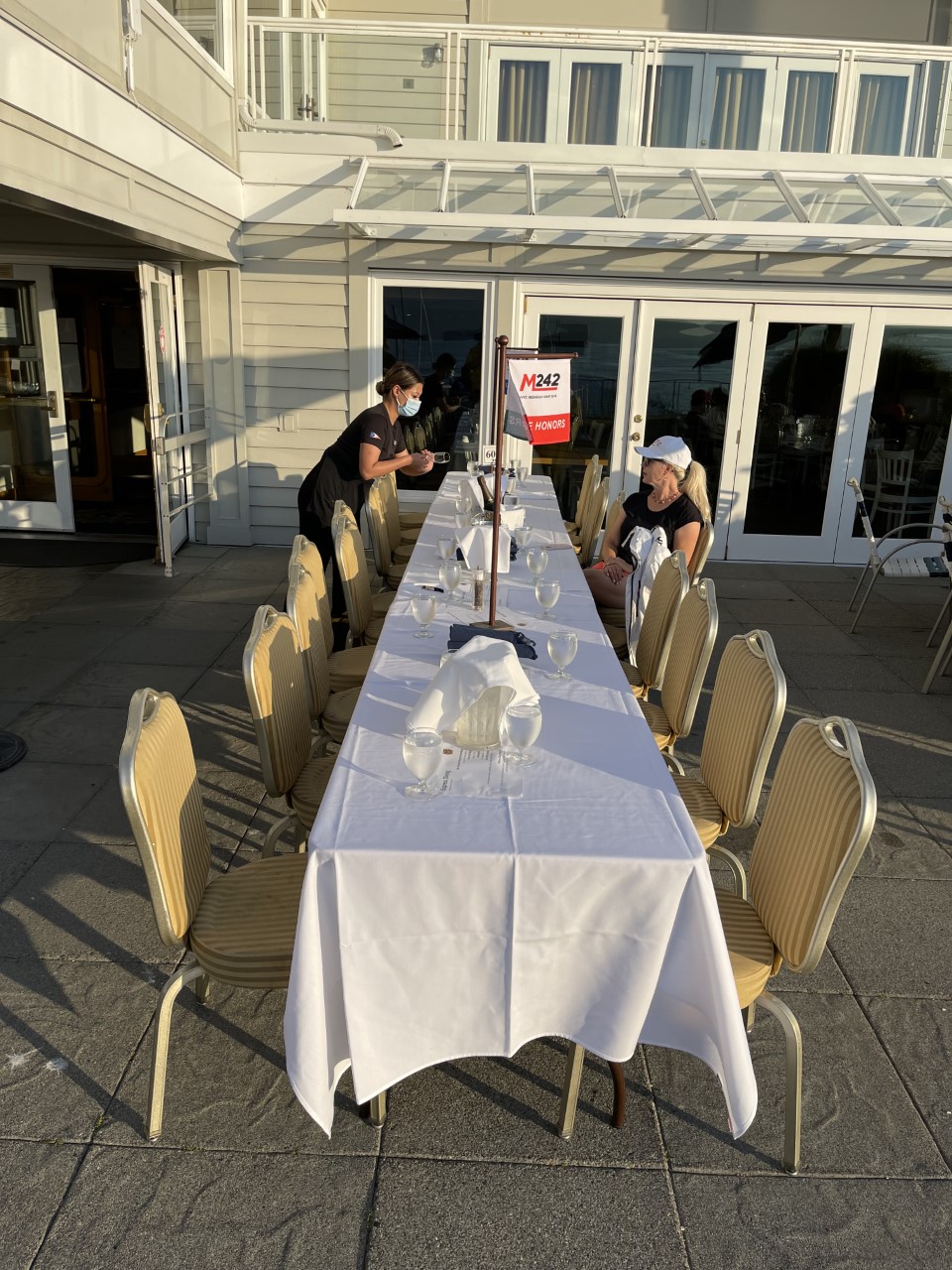 On July 21st, the first Beer Night of the Vancouver racing season will occur at RVYC at the Big Table in conjunction with the conclusion of the July Series.

All Fleet Members are welcome to a pint of beer at the event, so feel free to drop by after racing. If you’re not a Member yet, you can sign up for your free pint HERE.